publication of a new book

Have been published the book of Etibar Badalov, researcher in the Department “Geography of Population and Social development of Azerbaijan” of the Institute of Geography

named after acad. H.Aliyev, titled “Social and demographic problems in the Absheron economic and geographical area”

The book consists of four chapters and is one of the first scientific publications, which economically and geographically examines direction of socio-economic and demographic processes in the field of population settlement in the Absheron region.

In his work the author has analyzed the advisability of the territorial organization of urban settlement and administration in accordance with the requirements of “State Program on demographic Development and population of the Azerbaijan Republic”. He also defines the way of settlement of this data and elimination of the still existing problems.

In the book, devoted to the actual theme, have been used numerous statistical data, an analysis using charts and graphs, found shortcoming and flaws. There are specific proposals for the future direction of development, which further strengthens the scientific and practical significance of the work

In the monograph are given information about the nature of Absheron, its history, population, demographic processes and their settlement, economy, industry, agriculture, the territorial organization of the transport sector, the features of the development of services, as well as the place and role of the Absheron in the economy of the country.

A various scientific literature on relevant branches has been widely used by the author.

The book is intended for students (undergraduate and master), receiving education on economic geography, teachers, scientists and specialists who study this area, as well as the general reader who is wants to know Absheron. 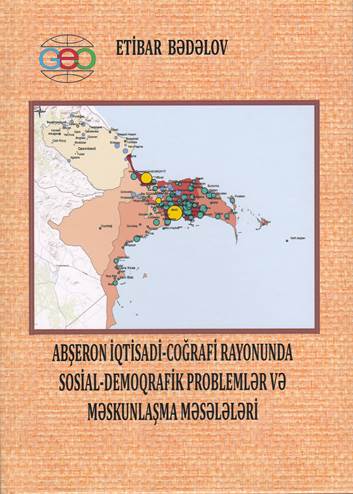