dedicated to the results of the decade “Water for life”, announced by UN, which was held in Almaty.

The event was organized by the Ministry of Education of the Republic of Kazakhstan, the Kazakh National Research Technical University with support of the Federal Department of Foreign Affairs of Switzerland, UNESCO Cluster Office in Almaty and UNESCO’s International Hydrological Program (IHP).

Two-day conference was attended by over 130 people, including senior representatives of ministries and departments of the Central Asian countries, international organizations, as well as scientists and experts in the field of water resources in Central Asia, Belarus, Russia, Switzerland and Germany.

The event program included a roundtable of high participation, as well as several meetings by 5 sections. Academician R.Mammadov gave a full report in the section “Water resources of Central Asia in the context of climate change” on the theme: “Influence of climate on water resources in the South Caucasus” and gave relevant recommendations. The speech by the academician has been received with great interest. He gave relevant answers to the questions.

The Conference resulted in a significant contribution to strengthening the cooperation of the Central Asian countries in solution of water issues. It was stressed that the existing research and scientific-technical potential, the interaction of scientific communities at national and international levels is key to the implementation of the goals and objectives for sustainable development in Central Asia. 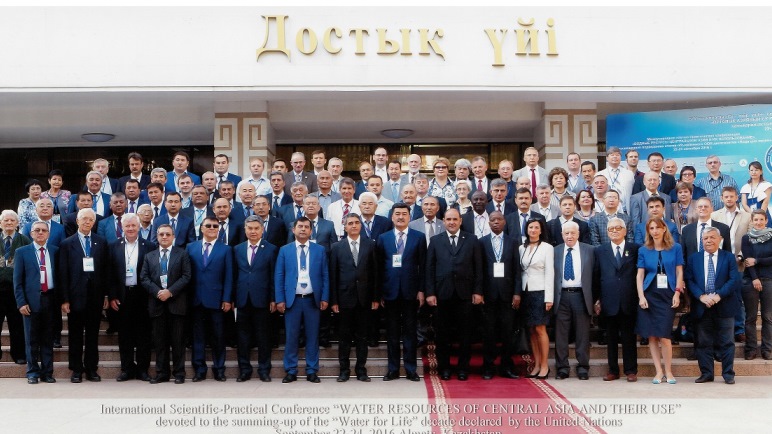