presentation ceremonie of the journal

April 8, 2015 has been held the presentation of the scientific-methodical journal “Geography and natural resources”, organized by the Azerbaijan Geographical Society and the Institute of Geography named after acad. H. Aliyev of ANAS.

The ceremony was opened with an introductory speech of acad. Ramiz Mammadov, the Director of the Institute of Geography of ANAS and President of Azerbaijan Geographical Society.

He noted that despite the numerous articles, monographs and books written about the geography, natural resources and ecology of the country, in Azerbaijan still does not exist periodic organ of scientists and experts in the field of geography. According to him, there is no such field of economy and social life, which would not be used to achieve geographical science and geographical information.

Therefore he considers the publication of this journal as an important step, covering the latest achievements of scientists and experts in the field of geography of Azerbaijan and other related areas of science.

Academician R.Mammadov drew attention to the fact that at the editors of the journal, which brings together geographers, along with scientists, researchers and educators of our country, known foreign scientists will also be involved in the work.

R. Mammadov also noted some shortcomings of the first issue, emphasized the need for active participation of scientists, geographers and specialists to publish the magazine at a high level, and later create its electronic version.

Scientific secretary of the Azerbaijan Geographical Society, PhD in Geography Mirnukh Ismaylov made a speech and informed in detail about editorial board of the first issue of the journal “Geography and natural resources”, which is published by the decision of the Department of Earth Sciences of ANAS. He also spoke about the requirements for published materials.

Elbrus Alizade , Deputy Director of the Institute of Geography for Science, corr. member of ANAS, considers appropriate to expand the readership of the journal, increase its popularity without prejudice to its scientific content, to place materials on known geographers and method of education in the field of geography as well as photos of Azerbaijani nature.

Doctor of science in Geography Farda Imanov, Dean of the fac. of Geography in NSU, director of the research Institute of Hydrometeorology of ANAS, prof. Rza Mahmudov, Doctor of sciences in Geography, head of the Department of Economic and Social Geography of BSU, prof. Tapdiq Hassanov, pro. Maqsad Qodjamanov and Anvar Aliyev, PhD in agrarian sciences noted the special role of the acad. Ramiz Mammadov in publishing the journal.

They stressed that the long-awated publication of scientific- methodical journal “Geography and natural resources” which united family of geographers, will help propagate success of Azerbaijan scientists within the country and abroad, will also help to strengthen scientific ties.

At the end of the presentation ceremony, academician Ramiz Mammadov shared his immense joy at the release of the journal, event that he waited so long. 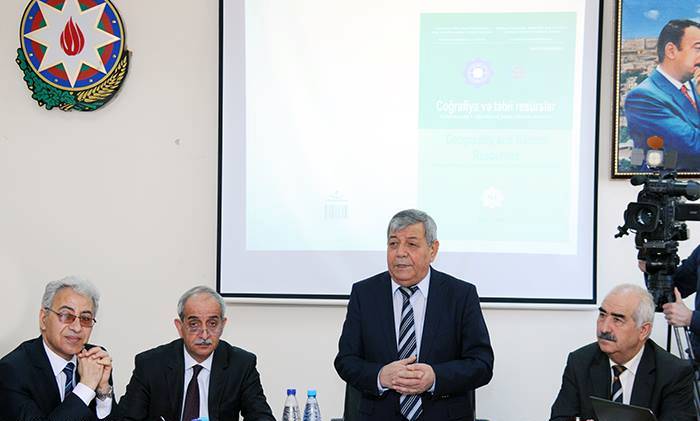 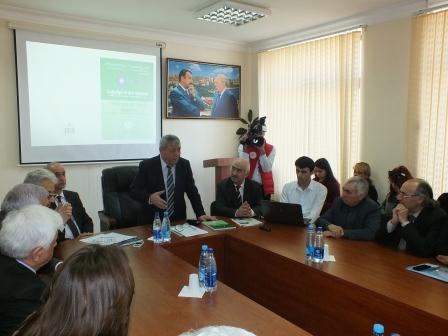 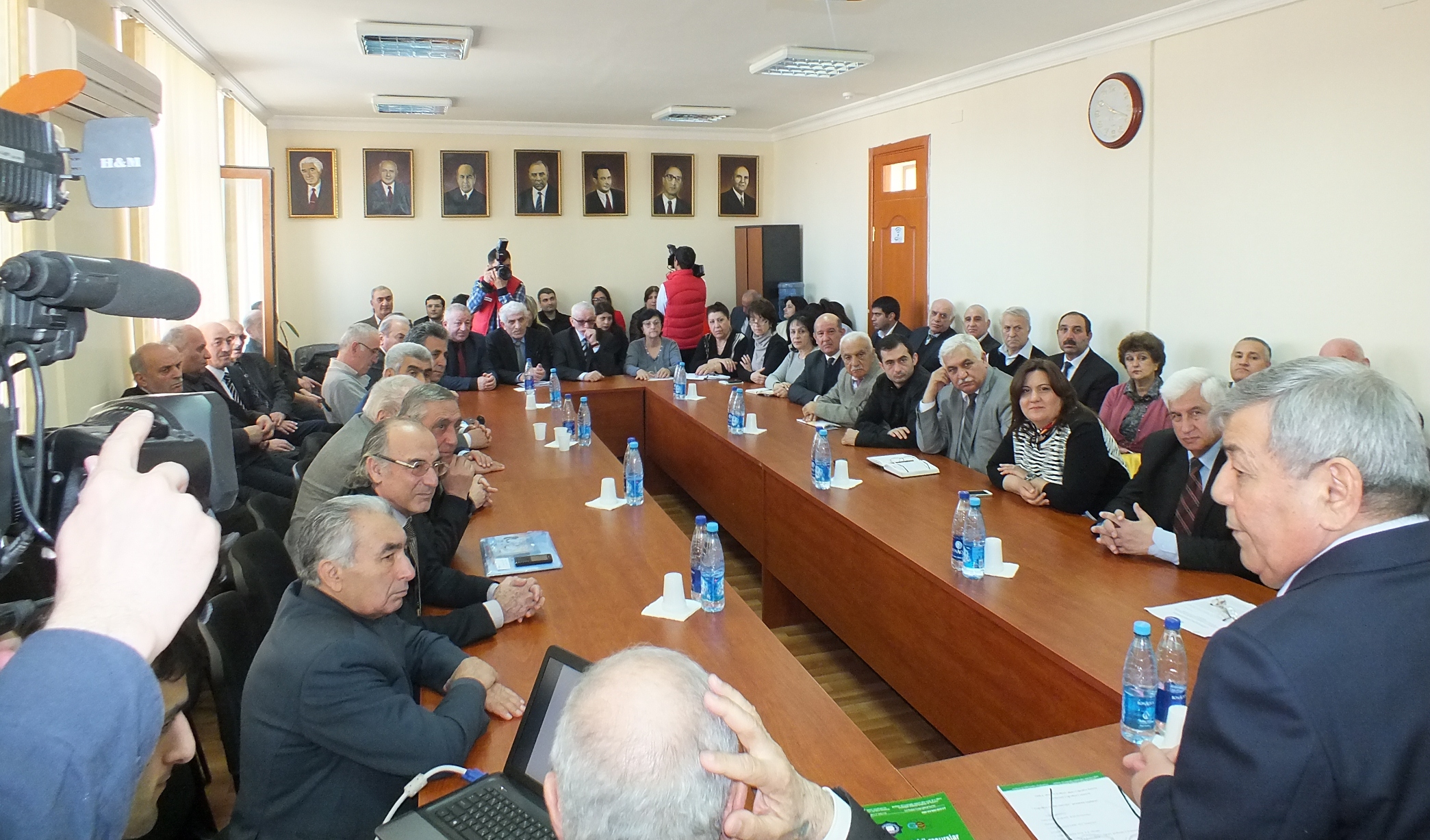 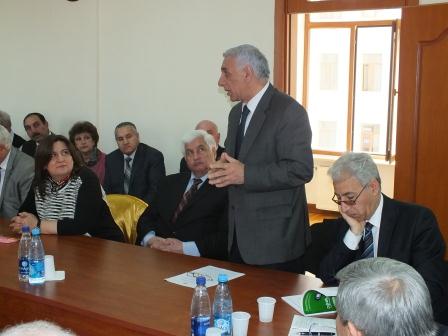 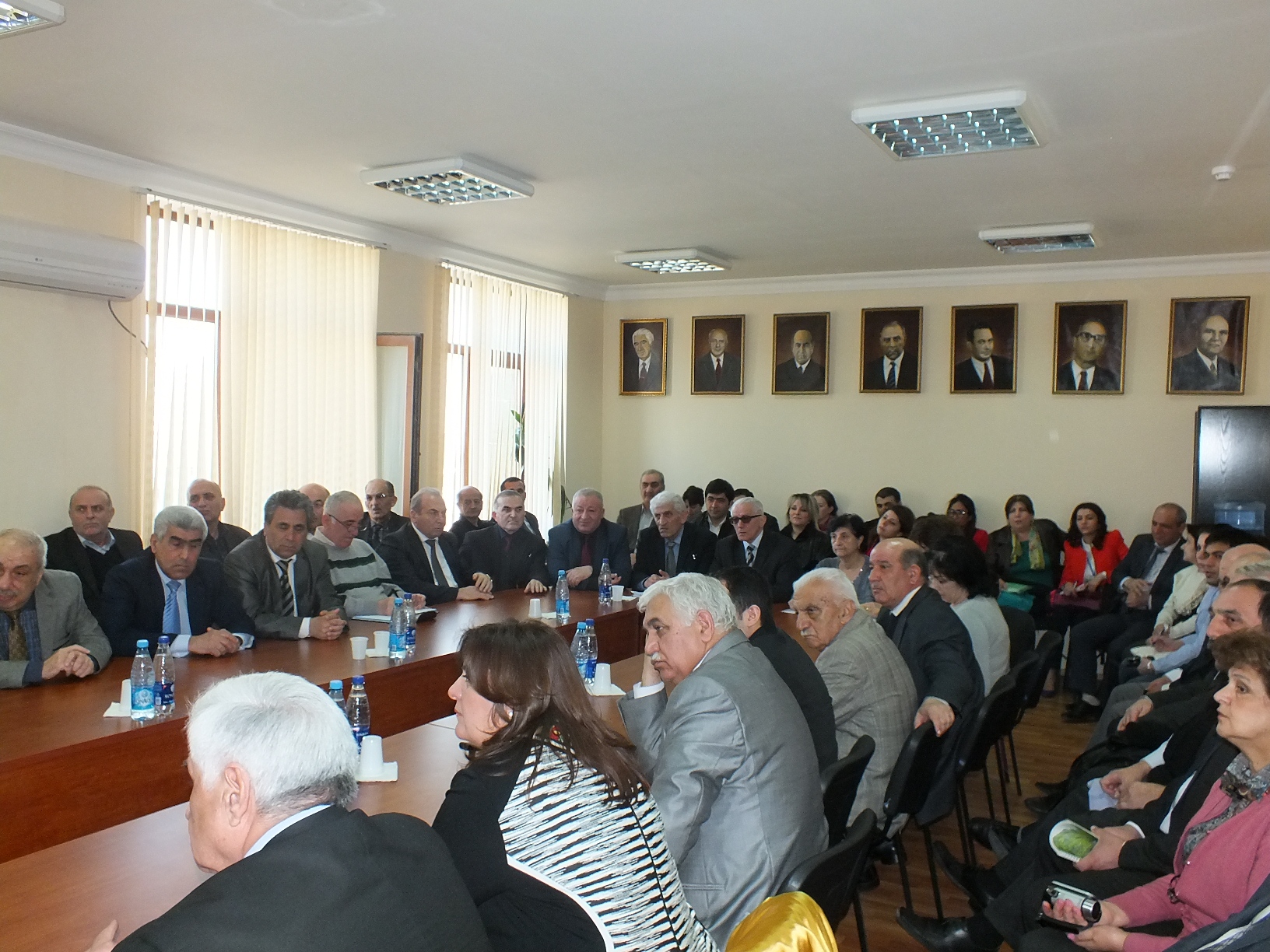 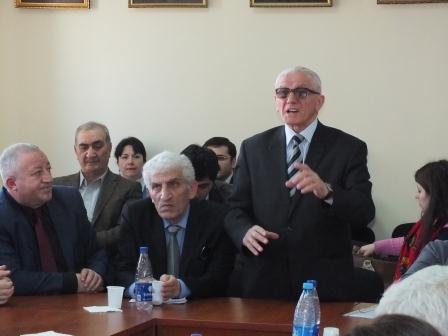 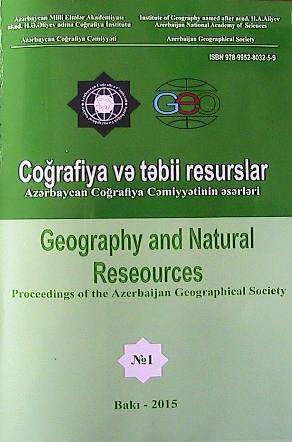