The next academic seminar at the Institute of Geography of ANAS named after acad. H.Aliyev was held on May 20. It was devoted to the report on the “Paleogeography and genealogy of DNA”

of professor Stojan Dinkov, doctor of historical sciences, head of the Center for Analytical and Strategic Studies.

The chairman of the meeting, academician Ramiz Mammadov gave information about the scientist. Growing up in a family of famous Bulgarian poet Ivan Dinkov, the scientist is engaged in research of shared history and paleogeography of Bulgaria and Turkey. He is the author of “The Ottoman- Roman Empire, Bulgarians and Turks”, “Turan from the Scythians to the Huns, before the Turks and Bulgarians”, “Genetics and politonyms of paleogeography” and others.

Stefan Dinkov living in Baku since 2013 continues his research in this direction.

He is preparing to publish a book “Paleogeography of the genetic landscape of Mountain Garabakh”, devoted to genetics and paleogeography paleohistory.

In addition to members of the Institute, the journalist and translator Alisafa Mehdiyev participated in the discussion of the report.

The speaker then answered questions from the participants and wished our country to begin researches in the field of genetic paleogeography, the new interdisciplinary scientific direction. 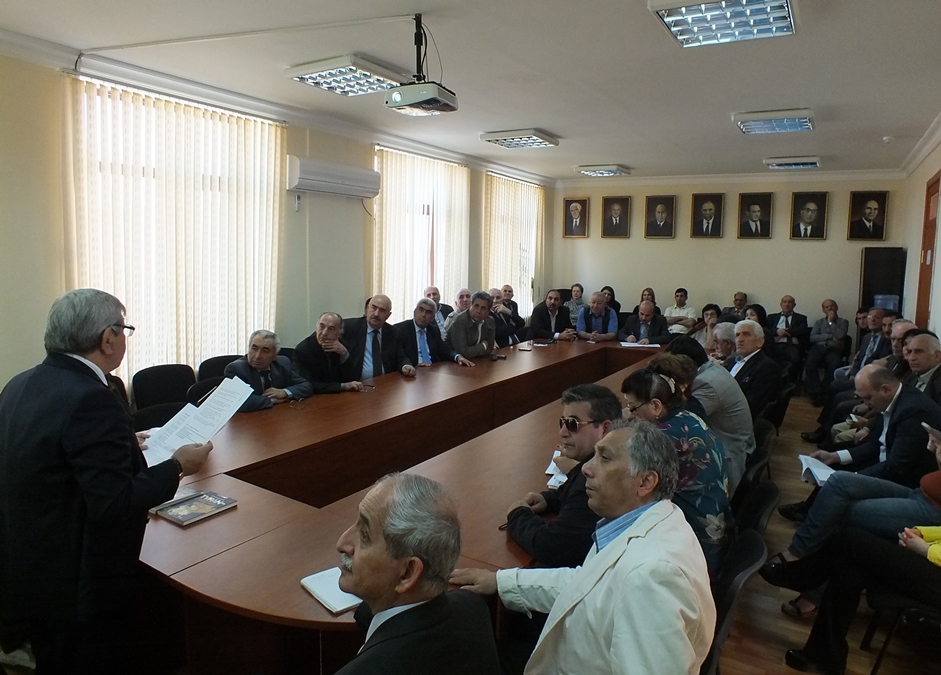 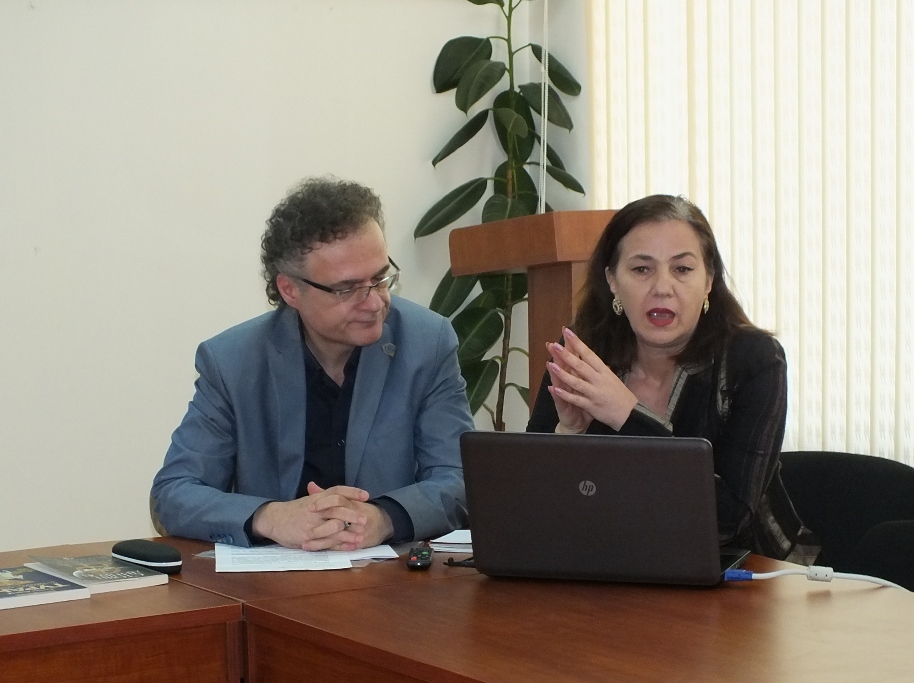 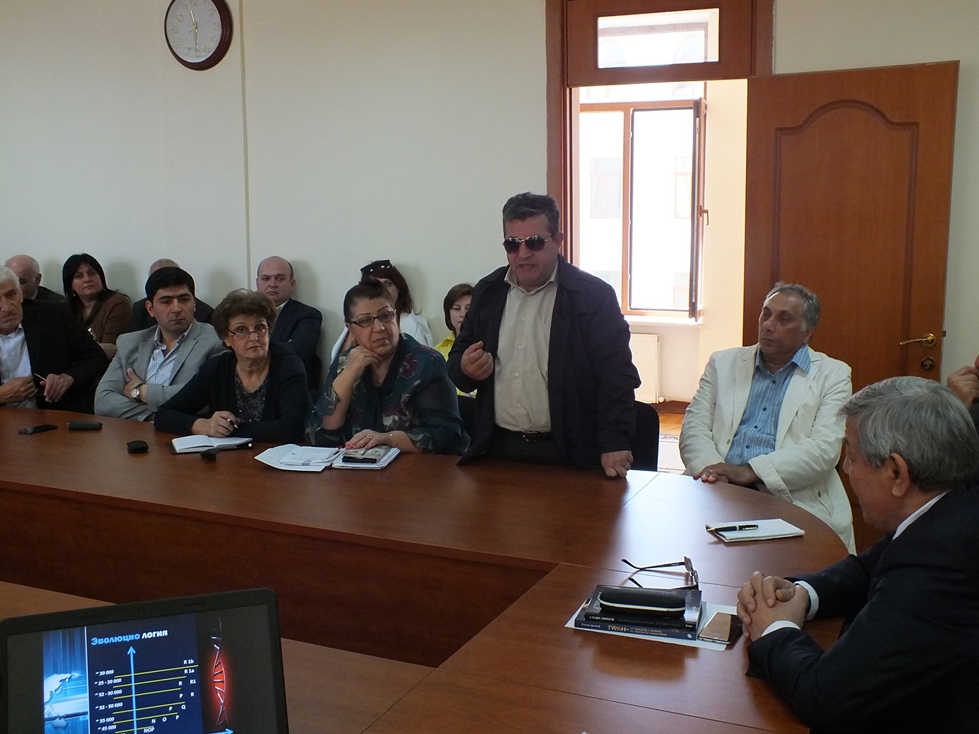 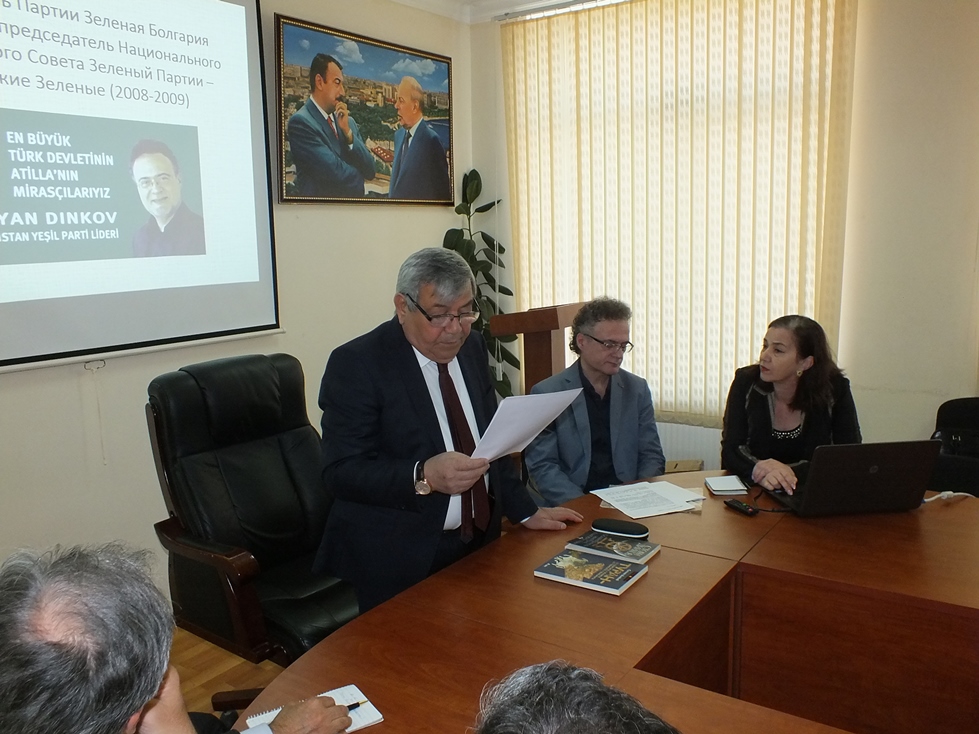