The Republican conference took place in Sheki on the theme “Demographic development in the Azerbaijan Republic: population prospects and regional issues”.

The two-day event was organized by the Institute of Geography named after acad. H.Aliyev of ANAS, Knowledge Fund under the President of Azerbaijan, Executive power of Sheki region and the Scientific Centre of ANAS of Sheki.

Opening the conference with speech, Deputy Head of the executive Power of Sheki region Hasan Hasanov spoke about the significance of the event and wished success to the conference.

Then, the Director of the Institute of Geography named after acad. H.Aliyev of ANAS, academician Ramiz Mammadov informed about the issues on the agenda: the demographic situation of modern Azerbaijan resettlement problems and discuss ways to eliminate them. He said that the economic changes which were observed in the first years of independence of our republic, had its negative impact on the demographic development. As a result, the natural growth declined, the migration rate has increased, greatly increased imbalances in the regional distribution of the population.

The scientist stressed that as a result of difficulties in the system of regional settlement, in providing of the work to the public and especially in the conditions of life, the migration has increased, and most of the population concentrated in the Absheron.

At the meeting in honor of the 70th anniversary of ANAS the President of Azerbaijan Ilham Aliyev has set a special challenge for scientists to pay attention to the regulation of the demographic development in the country.

Therefore, in the present period of economic reforms is put the important question of the scientific discussion of demographic reforms to their normalization.

The Head of administration of the Knowledge Fund under the Azerbaijan President, Doctor of Low, prof. Isahan Veliyev noted the special significance of coexistence of different nations in the demographics of the population in the atmosphere of multiculturalism. He mentioned that, despite the accommodation of different nationalities in Sheki-Zagatala zone, the mechanical shift of the population places is not observed for the reason that for all of them are created equal conditions.

And the announcement of 2016 as year of multiculturalism in Azerbaijan by the President of the Republic of Azerbaijan is particularly valuable in his regard.

Prof.Yousif Shyukurli, scientific director of the Sheki Regional Center of ANAS spoke about development of the science in Azerbaijan.

By associating the fact of holding this conference in Sheki with strategic value that carries the region, he praised a wish to bring this information to the general public from the scientific point of view.

Then academician Ramiz Guliyev, Chief of Service of the State Property Committee, made an extensive report on the topic: “The land fund of Sheki region and the national spatial conditions of the region”.

He reported on the implementation of work on the electron state of cadastral registration of Azerbaijani lands in the area. He also analyzed the ground of Sheki region in different aspects, the quantity and quality of agricultural lands, types of property etc.

According to the speaker, as a result of immediate great help of academician Ramiz Mammadov,  the assessment of Sheki lands has been provided, has been compiled the soil dependence map. Inconsistences in land distribution, landslides are indicated on the map.

The scientist also announced about imminent completion of work on the electronic service of cadastral systems.

After the break, the conference continued its work in sections.

Doctor of geographical sciences Z.Eminov has chaired in the section “Demographic situation of Sheki-Zagatala economic region and the problems of social and economic development”.

Corresponding member of ANAS E.Alizade was the chairman of the section “Natural and destructive phenomena in Sheki-Zagatala economic region and protective measures against them.

There were listened 8 reports on different topics.

The proposals, developed at the conference in result of wide discussions on contemporary issues of demographic development and solutions, will be presented to the public authorities in the form of final decisions. 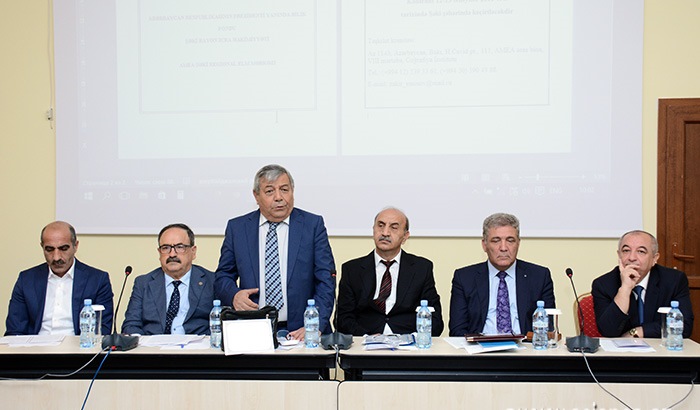 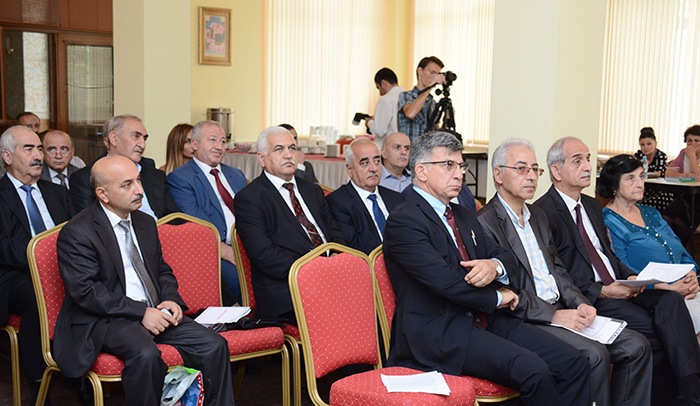 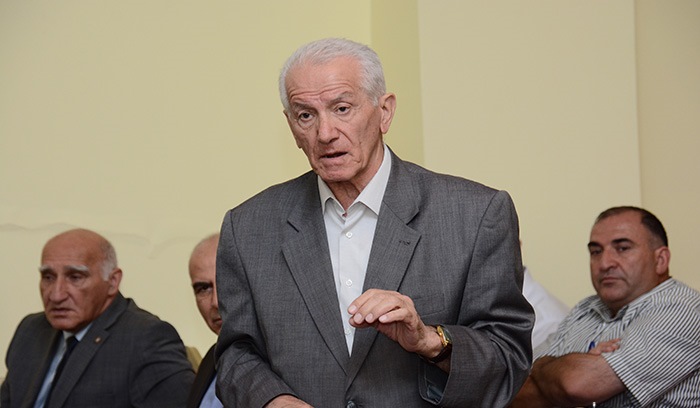 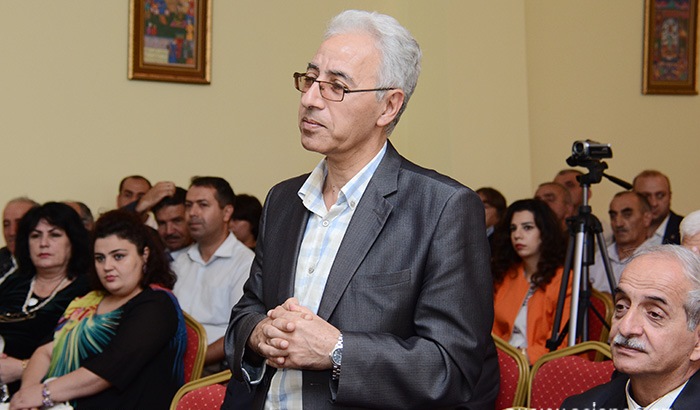 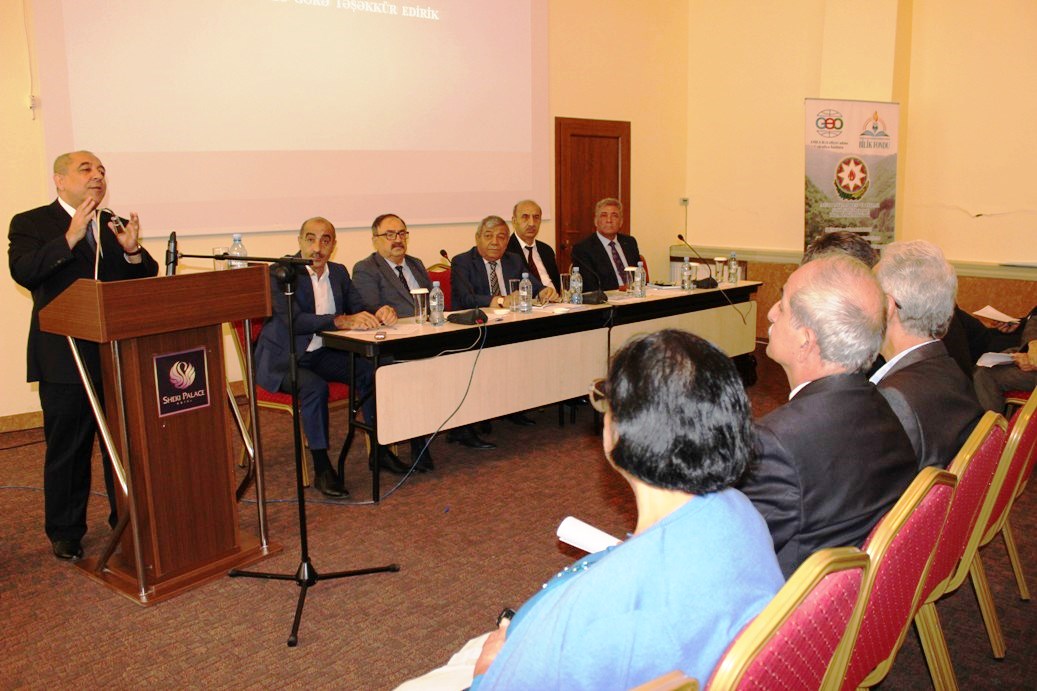