28 September, took place the Academic Council of the Institute of Geography named after acad. H.Aliyev of ANAS chaired by academician Ramiz Mammadov. After R.Mammadov announced agenda issues of the day started reports and their discussions.

Doctor of geographical sciences Zakir Eminov reported on the National Conference, held September 12-13 in the ciy of Sheki. Participants of the meeting unanimously noed the high level of organization of the conference and expressed the hope that it will give positive results.

Then, the Director of the Institute of Geography named after acad.H.Aliyev of ANAS. Academician Ramiz Mammadov spoke about his participation in the International Scientific and Practical Conference “Water Resources of Central Asia and their use”,dedicated to the results of the decade “Water for life”, announced by UN, which was held 22-24 September in Almaty.Academician R.Mammadov said that he gave a full report in the section “Water resources of Central Asia in the context of climate change” on the theme: “Influence of climate on water resources in the South Caucasus” and made relevant recommendations.

Junior researcher of the department “Monitoring of the Caspian Sea” Huseynova Khadjakhanum presented a report on the presence of a group of young researchers in Georgia from 5 to 17 September in the Summer School entitled “New mountainous horizons: Caucasus region in a changing world”.The main purpose of the summer schoolwas to strengthen the cooperation of young scientists for the sustainable development of the Caucasus countries in the world civilization. She said that they were able to improuve their theoretical and practical knowledge and regularly exchanged views with young scientists from other countries.

With the participation of scientific secretary PhD Zarnura Hamidova were discussed the issues of replacing, for certain reasons, of supervisors for doctoral degree candidate Famil Niftiyev and disertator Firuza Jafarova and appointing of scientific advisor to Ilham Mardanov.

The chairman of the meeting R.Mammadov informed about upcoming in 2017 110th anniversary of the outstanding scientist-geographer, academician Hasan Aliyev. On this occasion, it was decided to carry out in October –November 2017 the International Conference on the theme“Global environmental problems and Azerbaijan”.

Then, corresponding member of ANAS Elbrus Alizade tabled a question about the preparation of the final scientific report for 2016.

It was decided that the annual and informational report of departments will be prepared in the new structure and delivered to the Scientific secretary of the Institute.

PhD in geography Mirnuh Ismaylov informed participants of the event about the state of readiness for print of the next issue of the journal “Geography and natural resources”.

At this the Academic Council completed its work. 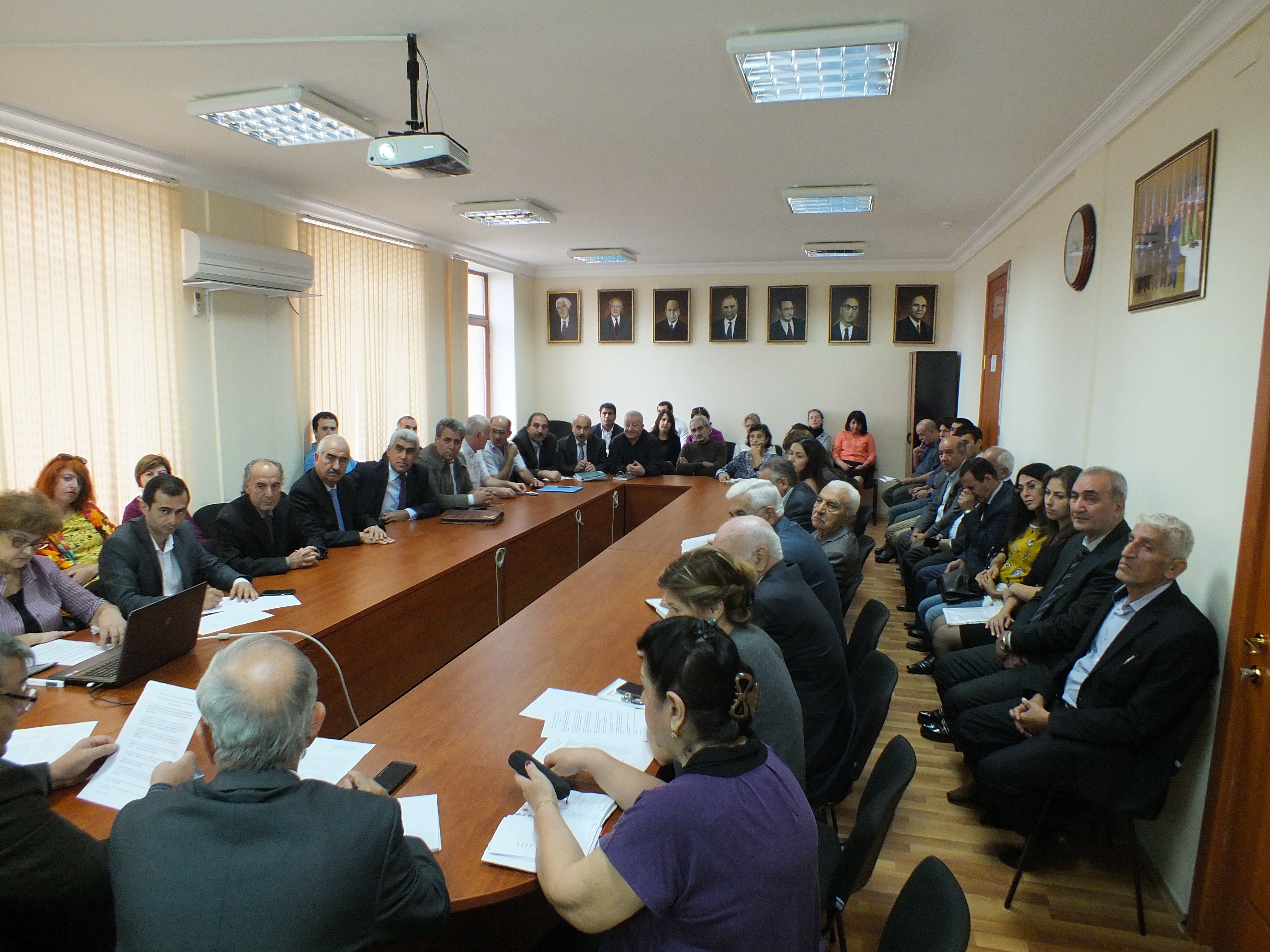