annual report of the sciences of earth branch 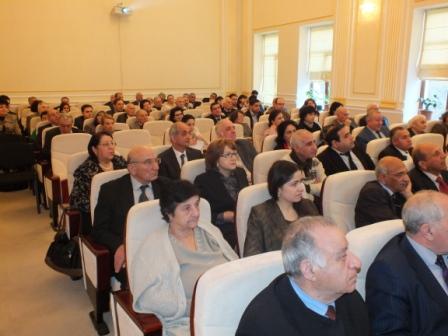 A meeting devoted to the annual report of the sciences Earth Branch vas held on December 25, 2013 at the small assembly hall of the ANAS.

The president of the ANAS, academician A. Alizade secretary-academician of the branch cer. Memb. Of the ANAS F. Gadirov, leaders of the institutes of branch, executers obtained paramount results in their year, representation of other organizations book part in the work of the meeting.

The acting director of the institute of Geography, Cer.Memb. Of the ANAS Ramiz Mammadov made a report on the done works within the 2013. He said that 14 scientific-research works covering 2 problems on 16 stager were carried out and 5 paramount results were obtained. During the report period 169 maps, including “National aleas of Azerbaijan” were reworked, edited and prepared for printing. A number of field research works in accordance with scientific-research plans and grant projects were carried out. 209 scientific works (2 book, 4 monographs, and 192 articles) were published by the collaborators of the institute.

Speakers appraised the activity of the institute positively and expressed some wishes and problems-necessity the extinction of transport base, establishment of technical-material base for successfully carrying out and organization of expositional works.

President of the ANAS, academician A. Alizade suggested to acting director of the institute of Geography, cer. Memb. Of the ANAS R.M. Mammadov to keep up a close relations with physics, geophysics, geochemistry and so in realization of scientific-research works. 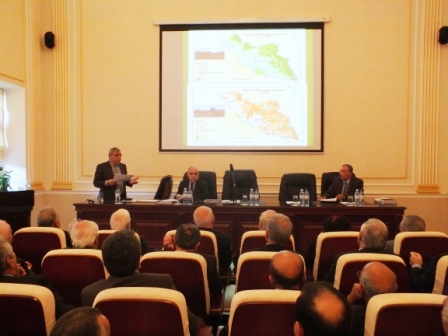 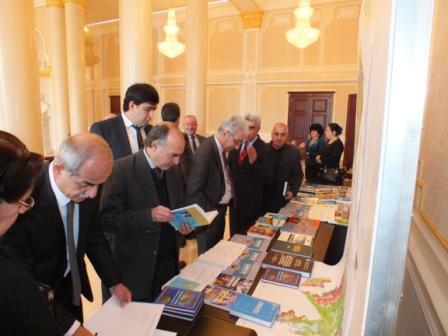