meeting of the scientific council

On September 30, took place the Scientific Council of the Institute of Geography together with the scientific seminar, chaired by academician Ramiz Mamedov.

On September 30, took place the Scientific Council of the Institute of Geography together with the scientific seminar, chaired by academician Ramiz Mamedov.

First of all, they discussed the results of the activities on the occasion of the 70 anniversary of the Institute of Geography.

Based on the wishes of the leader Heydar Aliyev “Do not forget Nakhchivan”, R.Mammadov noted the positive results of a scientific trip to the Autonomous Republic.

He said that the decision on the publication of 2-volume monograph “The geography of Nakhchivan” is one of the most important decisions of the Institute. It should be noted that work in this area has already begun.

The speaker was pleased to note shirts and caps with logo of the Institute of Geography, which were worn by employees during the exit conference.

Talking about the results of commemorative events, academician Ramiz Mammadov reiterated the great achievement of the Institute by that date, recalling facts, confirming the fruitful work of its scientists. According to him, in the field of science, the first received State Prize was scientist of the Institute of Geography (A.Madatzade, A.Shikhlinski, A.Eyubov for the monograph “The climate of Azerbaijan” in 1971).

He called a significant event on the eve of the anniversary:the release of the 3-volume book “Geography of Azerbaijan”, head of the Institute alsoannounced the upcoming presentation of books. He also stressed the positive development during the conference: a video showing the past and present activities of the Institute of Geography. At the same time, he informed the minor flaws committed in the course of the conference.

In conclusion, Ramiz Mammadov expressed his gratitude to all who helped conduct the event, congratulated all employees with the 70th anniversary of the Institute and wished them success.

The deputy director of the Institute, corresponding member of ANAS Elbrus Alizade, spoke about his participation in the 19th joint session of International Association of Academies of Sciences (IAAS) on the subject “Constructive geographical ideas and the development of basic geographical research”, held in Moscow on September 24-27 in the Russian city of Kostroma.

He stressed the role of academician Ivan Gerasimov, to the 110th anniversary of which was devoted the Conference in the creation and development of constructive geography, based on the application of geographical knowledge in the economy.

The current problems of the structural geography, its new trends and researches results, in particular the development of political geography were the object of the discussions during the conference.

The report of Elbrus Alizade at the plenary session of the Conference on the subject “Development of structural and geomorphological studies in Azerbaijan (based on the ideas of I.P. Gerasimova) was met with great interest.

Senior researcher of the department of the Caspian Sea in the Institute of Geography, Corresponding member of ANAS Rauf Gardashov, spoke about his participation at the VIII International Conference on “Current Problems in the Optics of Natural Waters” held in St.Petersburg (RF) on September 8-12. The theme of his report was “Sunshine and exploring of relationships in the characteristic of wave spectra”.

PhD in geography, Mirnuh Ismaylov made a speech and reported on the status of the next two issues of the journal “geography and natural resources”. He added that 70 articles have been presented in the edition of the magazine, each of which will be reviewed. Selection and presentation to printing will be made further.

The last issue of the Academic Council was election by secret ballot for the post of the head of Paleogeography department of Doctor of geographical sciences Elena Taghiyeva.

Extensive discussion was conducted on the issues. There were expressed opinions and have been made appropriate decisions. 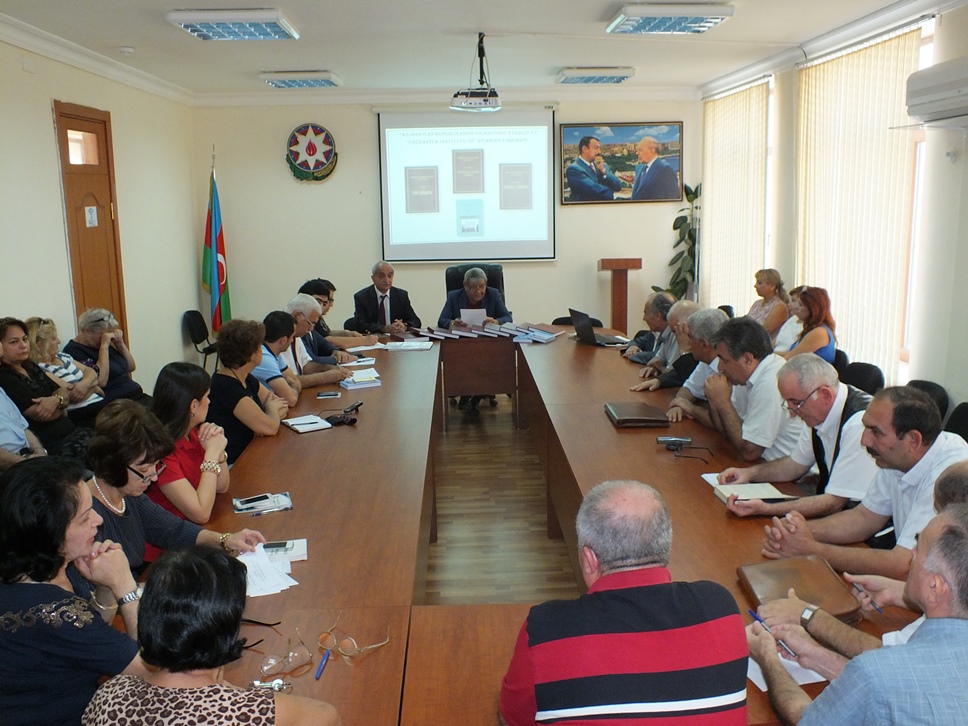 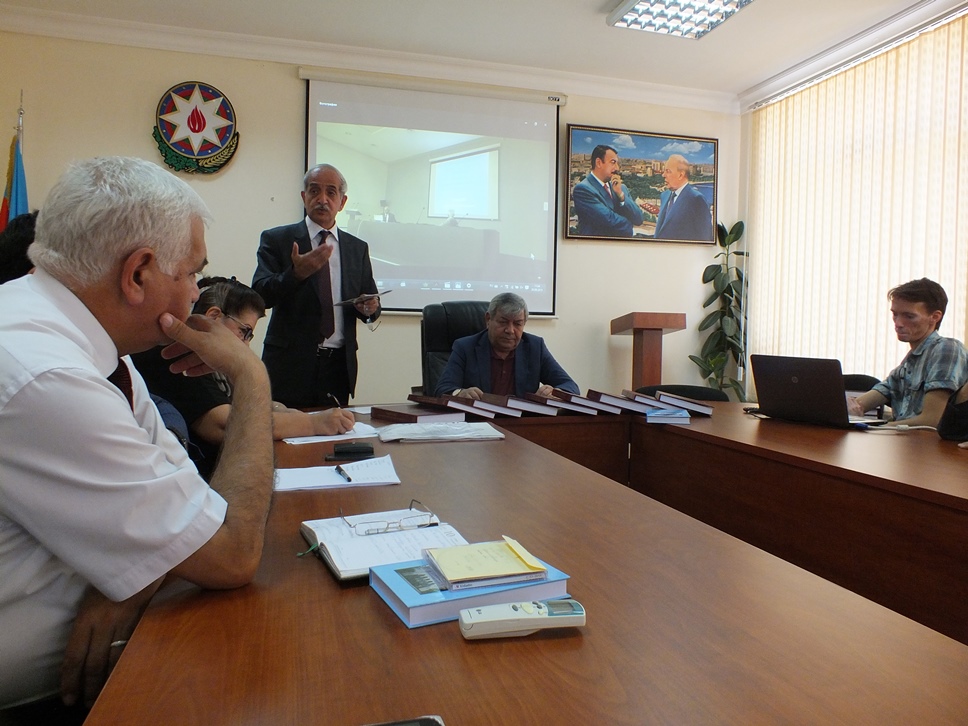 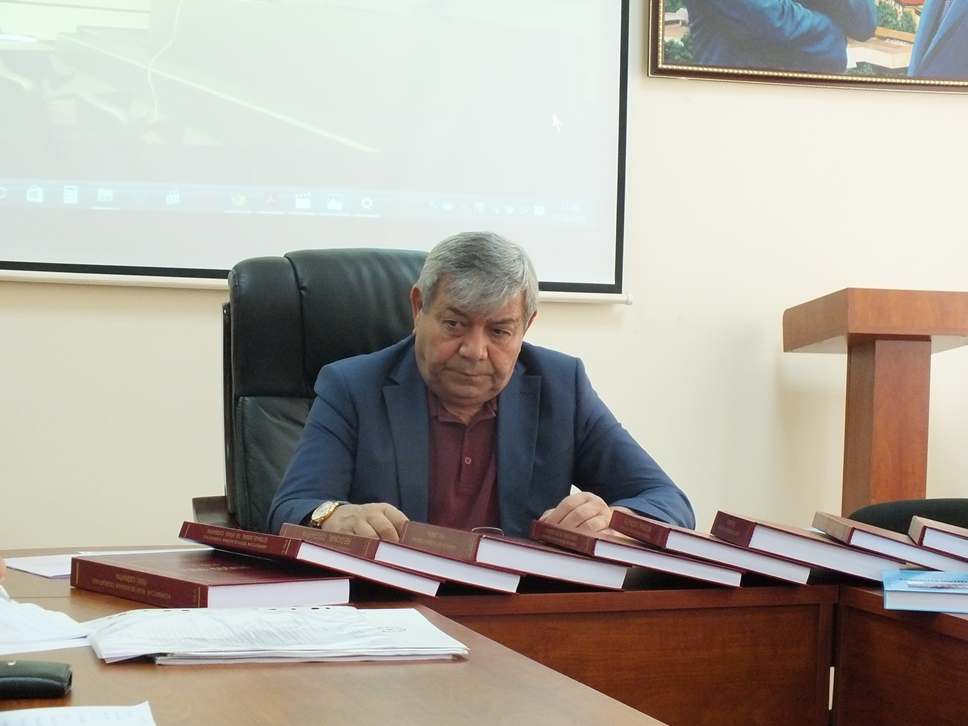 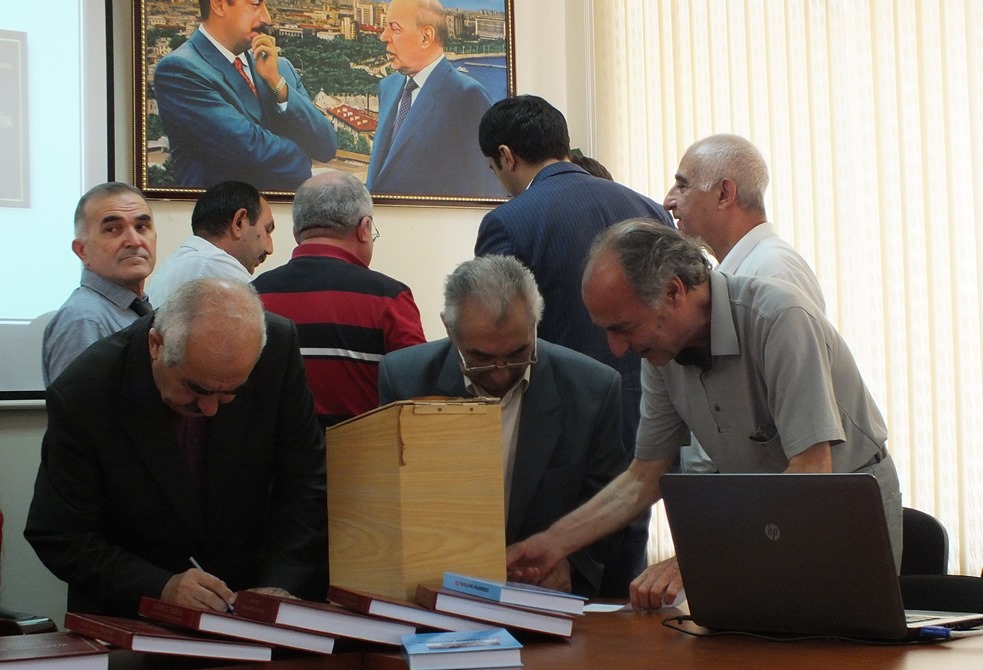