A meeting dedicated to the memory of outstanding scientist, prof.Shahvalad Khalilov, Doctor of Geography, corr.member of ANAS was held at the Institute of Geography

named after Hasan Aliyev of ANAS on the occasion of his 75th anniversary.

The Director of the Institute of Geography, academician Ramiz Mammadov opened the meeting and said that Shahvalad Khalilov was a prominent researcher which made a valuable contribution to the science of geography.

He is the first among the geographers who has developed the main principles of efficient ecological and geographical distribution of new water reservoirs. He gave a forecast of negative environmental impacts of existing water reservoirs, of siltation intensity of coastal dynamics. Then, the head of department of the Institute of Geographical thought, PhD in Geography Habil Haqverdiyev made a speech about his life and work.

The participants shared their memories about Sh. Khalilov with the audience. 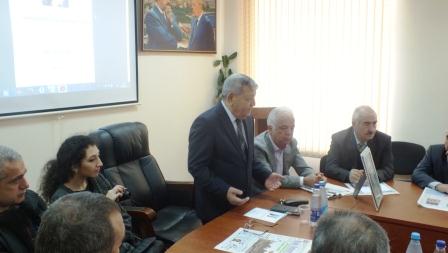 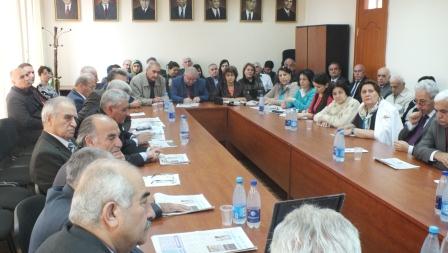