hydrometeorological atlas of the caspian sea

“Hydrometeorological atlas of the Caspian Sea” has been published. It was compiled by the academician Ramiz Mammadov,

director of the Institute of Geography named after H.Aliyev of ANAS. The atlas consists of 300 pages and is conventionally divided into seven chapters.

The introduction which is the first part devoted to a brief overview of the hydrometeorology of the Caspian Sea. It also embraces the information on the observation stations located in the coastal zone and open sea, observations conducted in these stations, their duration, periodicity and frequency of measurements. Here, the principle of division of the sea area into square for depths is given as well. This chapter is finished with brief information on the Caspian littoral countries.

The second chapter is called a geographical part, and includes bathymetric, morphostructural, seabed slope and geomorphological maps with the definition of their preparation.

One of the main parts of the atlas is the third chapter which is called “Hydrology”. Here, the distribution of surface layer of the Caspian Sea for months is given followed by the annual mean temperature. Distribution of temperature in various parts of the Azerbaijani section of the Sea is included in the special maps. Taking into account the particular importance of surface waves in the human activities in the sea, this hydrological element is widely described in the atlas, and maps on its distribution in the sea area for months, its height, length, period and phase velocity in the winds of different direction and speed are provided. In this section, maps of temporal and spatial distribution of the elements such as salinity, transparency, flows and ice formation are given as well.

Meteorology of the Caspian Sea - air temperature over the sea, absolute and relative humidity, cloudiness, radiation and albedo, wind regime, speed and directions are given in the fourth chapter.

The fifth chapter is dedicated to the interaction between the sea and atmosphere. Heat of evaporation over the sea, heat exchange between the sea and atmosphere, heat capacity of the sea, heat balance, heat advection and etc. form the basis of this chapter. The sixth chapter is about the level changes of the sea. Finally, the atlas is complemented by the provision of database of the used information.

The atlas was above all set up for the use of it in the Caspian Sea for a variety of activities (oil extraction, transportation, construction of hydrotechnical constructions, shipping and etc.). Specialists of hydrometeorology, hydrophysics and those involved in the social and economic conditions of the Caspian Sea region can benefit from it. Certainly, the atlas is also useful for PhDs and university students studying in relevant fields. 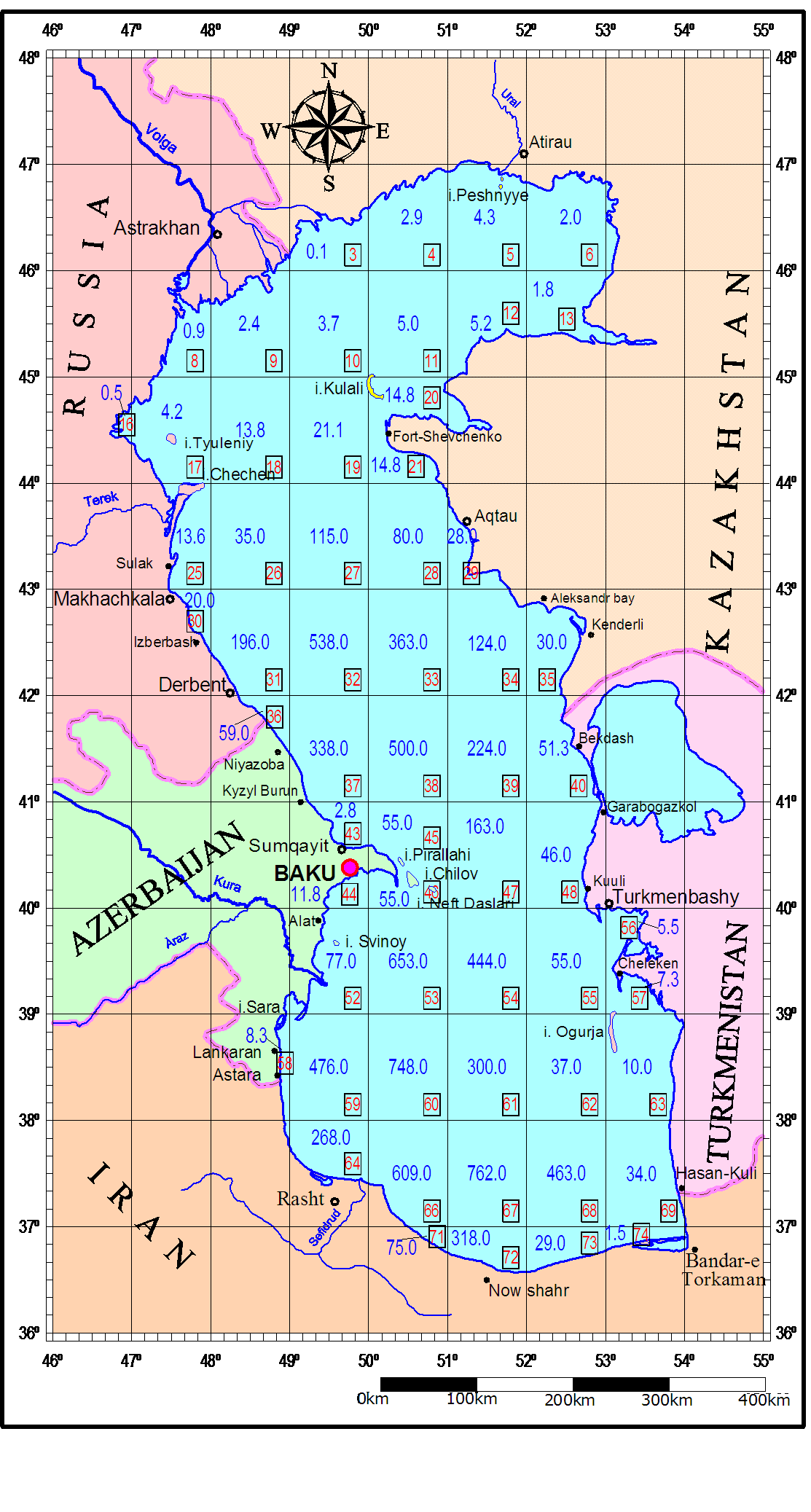 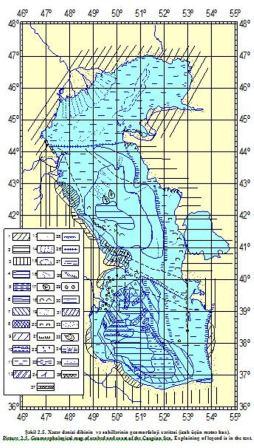